Wine writer Richard Mayson is the author of several books about Portuguese wine and port. “The Wines and Vineyards of Portugal” and “Port and the Douro” are both excellent books, written by and expert in wine and in . Recently Mayson released a new book, and it was not a surprise that it was about madeira – the other great fortified wine from . Mayson writes about both port and madeira for the wine magazine Decanter. 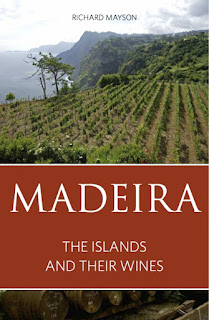 The new book, “”, has a lot in common with the book about Port. Both begin with a historical chapter followed by chapters about vines, vineyards and vinification, presentations of producers and vintages and some notes about wine tourism. Besides that the book contains small portraits of “Men who shaped ” – like the portraits of port personalities in the last edition of his book about port. But of course there are differences as well. The vinification of port and madeira is not the same, and the types are different. Furthermore there is a big difference when it comes to the amount of tasting notes in the two books.
The island was official discovered in 1420, and soon afterwards the first vines were planted. As early as 1450 wine was exported from the island, but as with Port it is not possible to tell when was “invented”. As Mayson writes:
“Suffice to say that madeira probably followed the same trajectory as port, which gradually evolved into a sweet, fortified wine from the end of the seventeenth century onwards.”
The first time it is mentioned, that the wine was fortified is in 1530, and it is not until 1730 that it became normally to heat the wine – at first by the sun (vinho do sol) and later artificially (estufagem).
Among the grapes recommended are the white varieties Sercial, Verdelho, Malvasia and Boal, the red Tinta Negra and other varieties like Terrantez, Bastardo, Moscatel and Listrão. The types of range from the very dry ones (Sercial) and the medium dry ones (Verdelho) to the the medium sweet (Boal) and sweet ones (Malvasia). The cheapest wines are normally 2-3 years old, while the quality categories are from 5 until 50 or more years old. Besides that you have Colheitas from a single year, Soleras and Frasqueira, where “the wine must be made form a single “noble” variety and aged in wood for at least twenty years before bottling.” This category used to be called Vintage until IVDP (the Port Institute) objected. 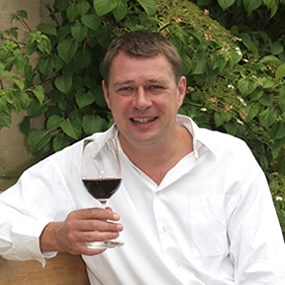 In the second half of the book, Mayson describes the producers one by one. Late in the 19.th Century there was more that 150 producers, but now there are only seven companies that export – one of them, Madeira Wine Company, covering a broader palate of brands. One of them is Blandy, which has a special position in Richards Mayson´s heart, due to the fact that he is married to the daughter of the late Richard Blandy.
After each description of the producers there are tasting notes on the available wines from the company and in the following chapter notes on “Vintage madeiras and historic wines”. The many tasting notes in this second part of the book changes it into a work of reference instead of a book that you read from A to Z.
The first half of the book is great reading if you want to know about the history of madeira, vines and wines. And you can use the second part to compare tasting notes if you suddenly have the change to try a Lomelino 1914 Bual. The book is deep and full of knowledge – and well written as well.

You can by the book from webshops and directly from the author from his own site
Indsendt af Bjarne Mouridsen kl. 07.48