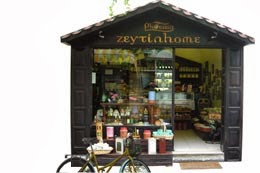 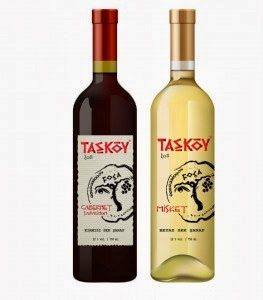 A tasting with new houses


The first tasting in the new season at The Vintage Port Club was an introduction in more than one way. First of all the club could welcome some new members and guests. Secondly it was a broad tasting with both tawny with age, LBV, Single Quinta Vintage and Vintage. And finally it was a sort of introduction to some new or minor producers, that we don’t see that often in the Club. Some of them are among the many new producers, that saw the light after the law was changed in 1986 and it was allowed to produce and ship port directly from the Douro.

Churchill’s: A young port firm, but with a long history. It was founded in 1991 by Johnny Graham, who came from Cockburn. But more important he is from the Graham Family, who sold their company to The Symington’s in 1970. Of course the new owners did not want any of the family members to produce port under that name anymore. Instead the new company chose the name Churchill’s which was the family name of Johnny’s wife. Churchill’s are gaining reputation for their vintage port. We tried Churchill’s Quinta da Gricha Vintage 2003, Churchill’s Vintage 2000 and 10 years tawny.

Quinta de Ventozelo: A quinta in Cima Corgo that used to sell their grapes to some of the big producers. But in 1999 the new owner was more ambitious and started producing table wine and ports themselves. We tried LBV 2007 and Vintage 2003.

Quinta do Portal: Founded in 1989 by the Branco family. They are producing table wine, ports and muscatel – and that with a growing reputation. The first vintage was declared in 1995, and from 1999 the quality was inclining under winemaker Paulo Coutinho. We tried Vintage 2003, Vintage 2000, 10 years tawny and 20 years tawny. 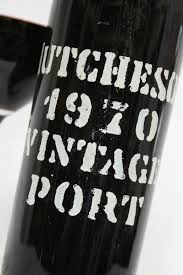 Hutcheson: An old house between all the youngsters. Hutcheson was founded back in 1881 by Thomas Page Hutcheson and Alexander Davidson Taylor. In 1927 it was sold to Barros and followed that company into the big Sogevinus group in 2006. In Denmark Hutcheson is best known for their good colheitas, but they do produce vintage port as well. We included a bottle of older vintage in this tasting, the Vintage 1970.

Here are just a few notes followed by the result of the voting among the participants:
Hutcheson 1970 was light and mature; brown as a tawny but still with life and acid. Not a powerful wine, but tasty and well balanced. Cherry and other red berries and a bit pepper in the end.
Portal did well both among the tawnies and the vintages. 2003 was dark and with a lot of fruit. 2000 with plums and more sweetness. Both were spicy and with a good, long tail. The 10 years tawny was a bit shy in the nose, but with a fine taste of almonds and dates. 20 years a bit more spicy, darker notes and some caramel.
Alves de Sousa Vintage 2009 was very young, inky and with lot of fresh fruit and tannins for a longer life. Some pepper in the tail. The younger one, the Gaivosa 2003 was more drinkable and had some orange and mint in the nose. Good fruit and well bodied. The 10 years tawny from Gaivosa was the odd man of the evening. Unclear, with a nose full of orange peal, citrus and some yoghurt. Different, but surprisingly tasty with all its freshness and sweetness.
Churchill´s was the disappointment of the evening. I have tried their vintages from 1982 until 2007 before and found them very powerful and promising on the long term. But this evening they unfortunately did not perform well due to a couple of bad bottles.
Ventozelo 2003 had plums in the nose and at taste of dark berries with a lot of pepper too. The LBV was fruity and drinkable.
The votes of the evening were:
1. Hutcheson Vintage 1970: 68 points
2. Portal 20 years tawny: 29 points
3. Portal 10 years tawny: 20 points
4. Portal Vintage 2003 and Portal Vintage 2000: both 12 points
6. Gaivosa Vintage 2003: 10 points
7. Gaivosa Vintage 2009: 3 points
8. Ventozelo Vintage 2003 and Gaivosa 10 years tawny: both 2 points

Not that surprising with the 1970 as a clear winner. Obvious Portal was well received as well. And of course the young vintages had a hard night among the older wines.