Four different houses in three different years. The last tasting in The Vintage Port Club was both vertical and horizontal. The port houses were Quinta do Noval, Graham’s, Warre’s and Smith Woodhouse and we tasted Vintage 1970, 1985 and 2000.
All three years are rated among the best. 1970 is a classical vintage with 41 house declaring. Besides that it was the last year, when it was allowed to bottle the wine outside and just before most of the houses went from foot treading to mechanical treading. Later they changed their mind and reinstalled lagares – and not just for the tourist’s sake, but for the quality of the Vintage as well. 1985 is different and discussed. The harvest went well under good circumstances, 46 houses declared vintage and the wines were highly rated after the release. But then after a while some of them started to act suspicious. Today the quality is unstable – a year full of surprises, good and bad. The millennium year 2000 resulted in a small harvest but of high quality. Another classical vintage, but of course not mature yet.
The wines were served semi blind in flights of four, but in 12 glasses, so we could compare all of them too. At first we had the four from 1970, then 1985 and 2000. After each flight the identity was exposed. The oldest wines were of course lighter in the colour and more mature. Noval and Graham’s 1970 were both very nice and harmonious. Noval more brownish, with some floral notes and a tail with pepper. Graham’s still powerful and with fruit and a long beautiful aftertaste. A great glass. Warre’s was dark, spicy and with a long tail. Smith Woodhouse very brown and a hint of acetone in the nose.
In 1985 Graham’s had power and fruit as well. In a matter of fact it was so fresh, that the glass was coloured red. But in the beginning it was a bit sticky, which faded later in the evening. Warre’s and Noval were both very light in the colour – the latter nearly like a tawny, without fruit and with some orange peel in the taste. Smith Woodhouse was straight and reminded a bit of an LBV.
2000 was full of power. Lots of fresh fruit, acid and tannins and a milky nose. Smith Woodhouse very straight, but perhaps with a small palette. Graham’s with more depth, some herbs and stable in the nose, but surprisingly well balanced at the moment. Warre’s had a long tail of pepper and Noval was very dark, with dark berries in the taste and dry. 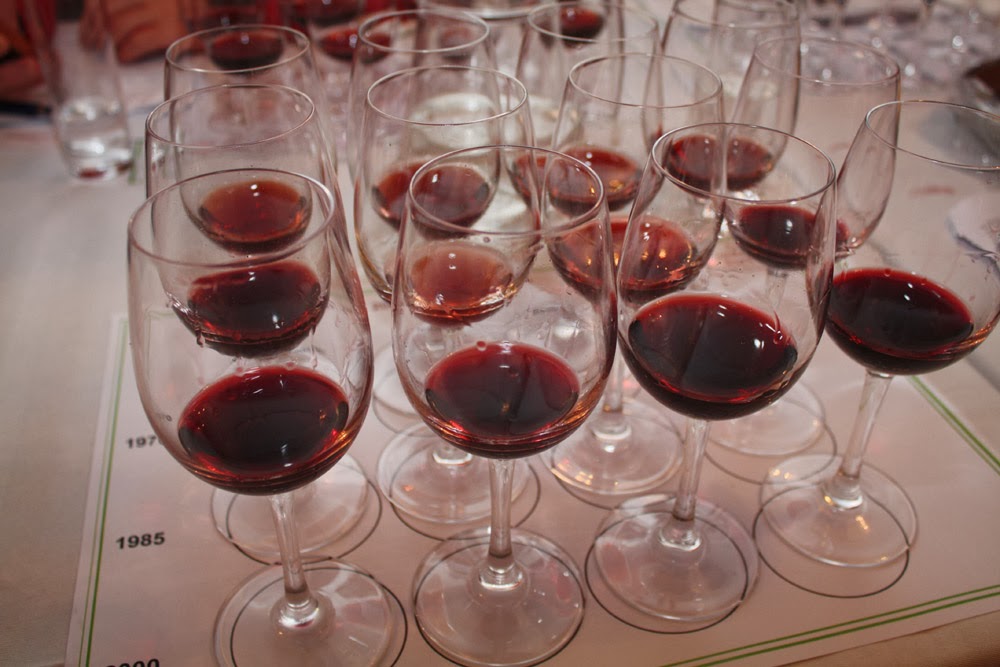 No doubt that Graham’s performed best this evening. More structure and depths and of course the well knows sweetness. The change in the style of Noval was obvious. The oldest age more like a tawny – the young one with more fruit and power and with a long way to go. And finally my conclusion was, that Smith Woodhouse are good and straight, but with a smaller palette and maturing faster that the other houses.
After the tasting we voted for the best wines, and as usually there were differences between the two teams due to different bottles. Team A – including myself – preferred 1970, while Team B voted for the two other years as well. All together the result was:
1. Graham´s 1970 with 54 points
2. Quinta do Noval 1970 with 25 points
3. Graham´s 1985 with 24 points
4. Smith Woodhouse 2000 with 17 points
5. Warre´s 1970 with 15 points. 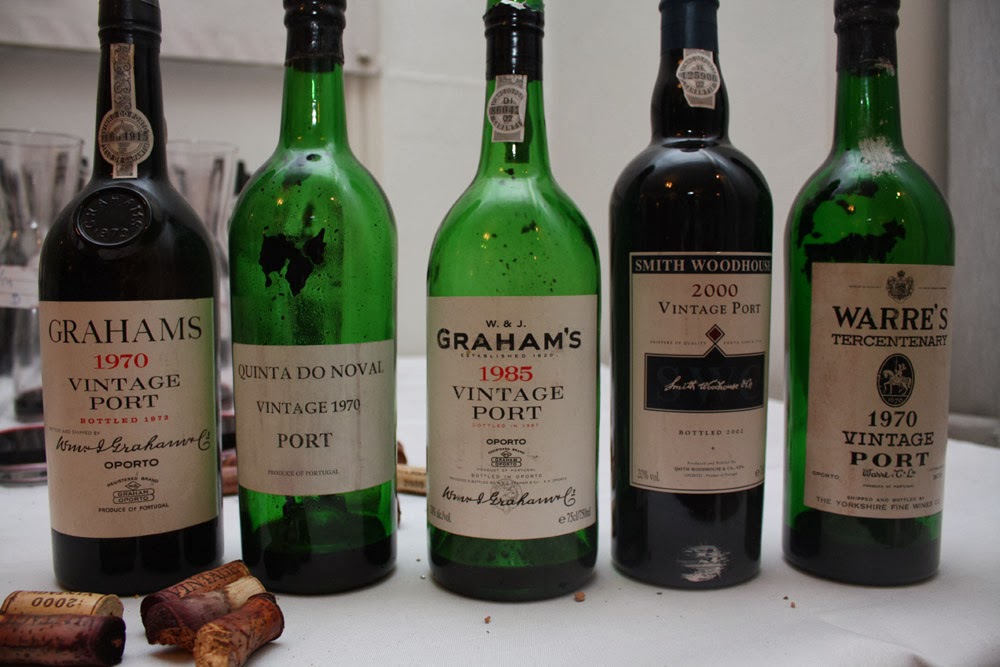 Perhaps bit of a surprise that 2000 did so well, but on the other hand some members of the club prefer younger and fruitier Vintages, not to mention that promising wines with a huge potential shall be awarded too. Therefore I voted for Graham’s 2000 myself, but I had Graham’s 1970 and Noval 1970 on the first two places. Vertically and horizontally 1970 got most points followed by 1985 and 2000 and Graham’s took the first place followed by Smith Woodhouse, Noval and Warre’s.
Indsendt af Bjarne Mouridsen kl. 08.08 Ingen kommentarer: