Tasting and talking about wine

”My daughter knows it. She will soon be taking over anyway.”
It is said with a big smile, telling that is not going to happen in the near future. But on the other hand it is a well known fact that many wine estates is owned by the same family in generation after generation. Sons and now also daughters are taking over from their parents.
I am talking with Fred Cline from Cline Cellers about old vineyards, naturally farming, watering minerals into the soil and making wine on single grape varieties. Cline Cellers is based in – in Los Carneros, and . Fred and his daughter are visiting together with many other winemakers from all over the world and right now they are in for a big Wine & Spirit Festival arranged by Vinoble.
To begin with we are trying a white Pinot Gris from . Nice fruit, but low on acid to balance. A to low serving temperature late in the afternoon probably can explain some of it. We are moving on to the red wines, which pleases us more. First Ancient Vines Mouvedre based on 80 to 120 years old vine stocks, planted by Fred’s maternal grandfather (photo), and then Big Break Vineyards Zinfandel – both from . The latter is a real hot climate power wine. Deep and fruity and with a lot of alcohol. Plums and dark berries, some green herbs like mint, notes from the cask (vanilla and oak) and enough acidity to balance. Finally we try his Late Harvested Mouvedre, a sweet and tempting wine, but without the complexity and the balancing acid, that I like in Port. 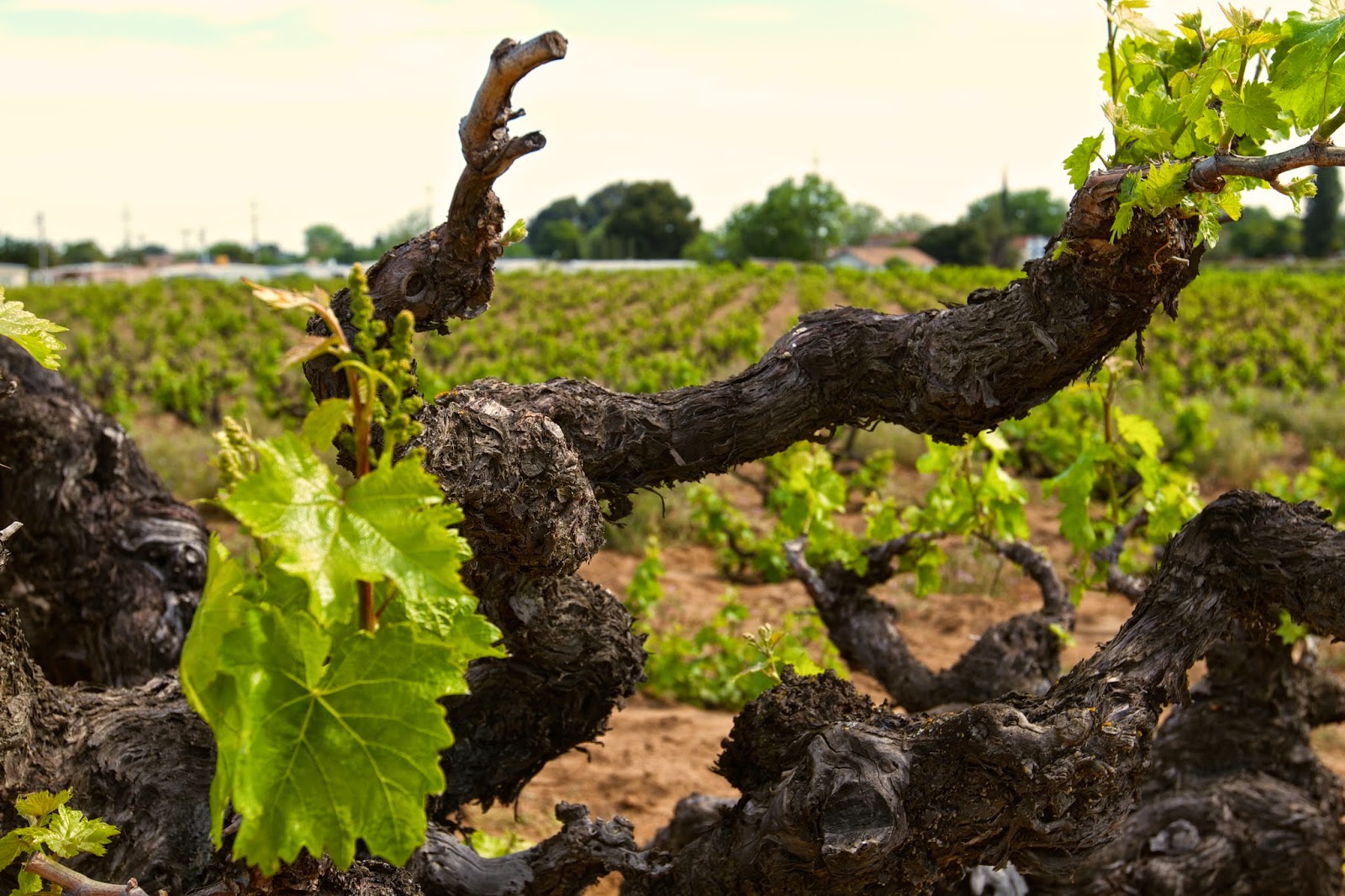 Cline Cellers is the final stop on a short tour at the Festival. 24 international producers from the whole word are present together with eight Danish importers – and together they cover the whole world and present all kind of wine and spirits like gin, tequila and rum. Unfortunately I am short of time, and therefore I choose to be very purposive and mainly concentrate on Italian wine.
First I visit GAJA, who is famous for Barbaresco and Barolo, but I decide to taste wines from their two vineyards in instead, Ca´ Marcando in Bolgheri and Pieve Santa Restituta in Montalcino. From the first I tried the white Vistamara 2012 and two reds, Promis 2012 and Magari 2012, both classified as Rosso di Toscana.
Vistamare is dry with with fresh fruit, freshness, some minerals and good acidity, made of a blend of Vermentino and Viognier. Promis is a blend of Merlot, Syrah and 10 % Sangiovese. Nice Sangiovese-nose with red cherries, but darker and softer in the mouth due to the blend, nice acidity and a good aftertaste. Magari has more tannin and more complexity and a darker palette with dark berries and some coffee. Finally I try the Brunello di Montalcino 2009 from Pieve Santa Restituta – a blend from different sites and not the single-vineyard version called Rennina. But still a great wine with expressive cherries and dark berries in the nose and some green herbs too, well structured with powerful tannin.
Next stop is in as well. At Carparzo I try their Rosso di Montalcino and again a Brunello – both made on 100 % Sangiovese. The former is straight forward, but both with a nice body and concentrated fruit. The latter is more concentrated and with striking notes from the cask and tannin.

From I am moving south to Planeta on , where I am trying two very different wines. Nerello Mascalese, Eruzione 1614. The first part of the name is the name of a typically grape variety from , the latter is referring to the eruption at Etna which lasted about 10 years and started in 1614. The wine has a nice nose of red berries and spices, surprisingly fresh and with acidity due to the facts that it is made of grapes picked in nearly altitude. The next wine is based on 100 % Syrah. Syrah Menfi is more typical Sicilian with a lot of powerful fruit, darker berries, spices and pepper, notes from the cask and soft tannins.
After these Italian visits I choose to improvise the rest of the time. A couple of Italians more, Ripasso Amarone from Cantine Lenotti is followed by Cremant de Bourgogne from Louis Bouillot with a great, fresh Millesime from 2009. More talking about wine and more tasting and the finally the visit at Cline Cellars – a great final.