In February the Portuguese winemaker and master blender Álvaro van Zeller visited . He was invited by the The Vintage Port Club to participate in the annual Winemakers Dinner, which this year took place at Restaurant Pasfall in .
Together with his brother Fernando, Álvaro van Zeller founded Barão de Vilar as late as 1996. The company is young but is building on long traditions. The van Zeller family owned Quinta do Noval until 1993. When they sold the prestigious quinta to the French insurance company AXA, they were not allowed to sell port in the next five years. The first vintage from the new company is therefore 1996, bottled in 1998. Since then they have declared in 1997, 1999, 2000, 2002, 2003, 2007 and latest 2011. 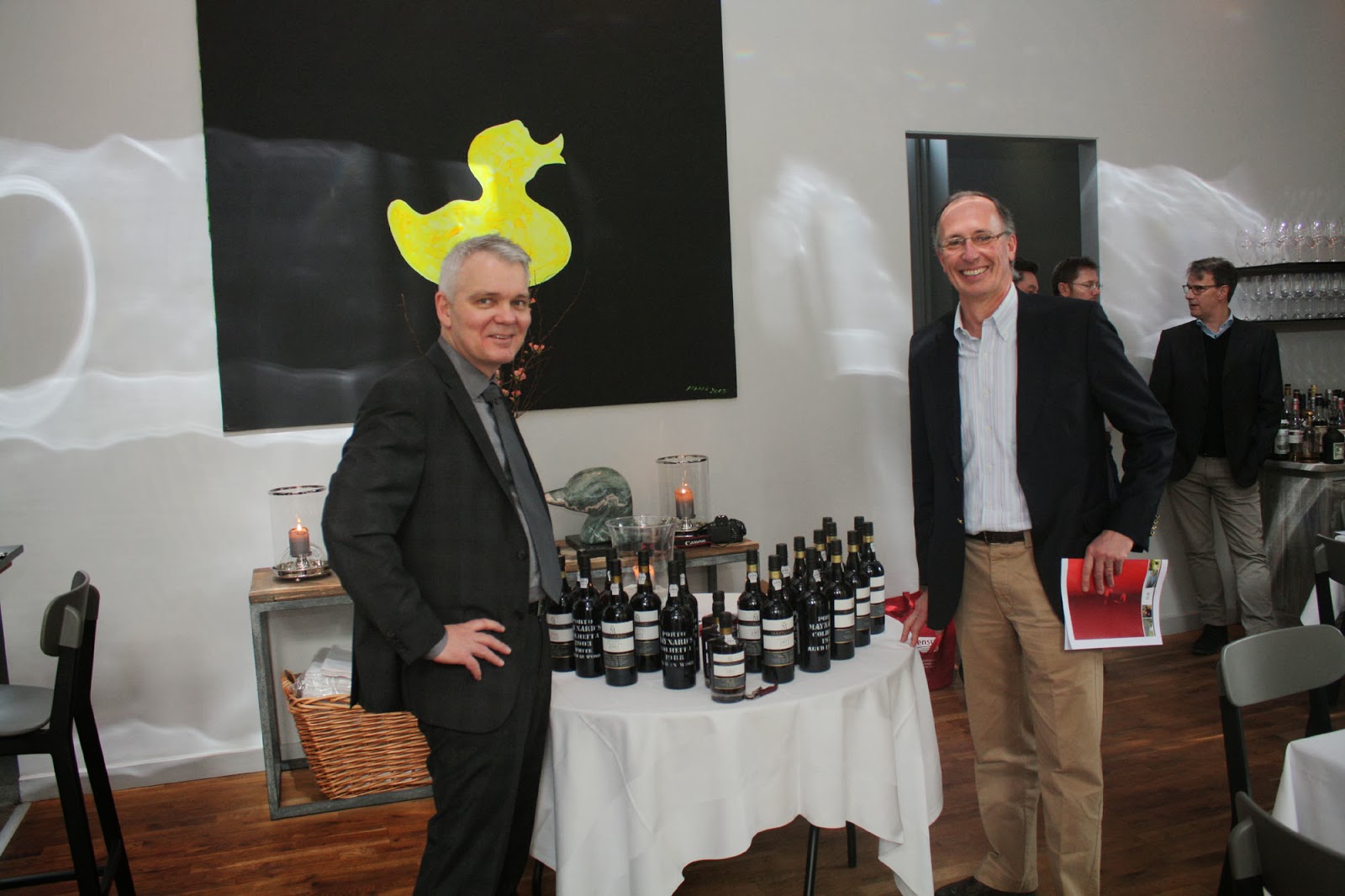 The company sells its port under two different labels, Barão de Vilar and Maynard´s – the latter for the English speaking marked and named after the late Walter Maynard, who through his marriage with Dorothea Augusta Kopke became part of the family. Besides that they own the label Feuerheerd´s too.
The vintages are doing well in tastings, but the company’s speciality is old colheitas based on stocks bought from small quintas and matured by the Casa do . Álvaro van Zeller brought both with him to the tasting in the Club. Listed in the order, they were served, we had:
White Colheita 2003
Colheita 2001
Colheita 1988
Colheita 1982
Colheita 1977
Colheita 1973
Colheita 1970
Colheita 1963
Colheita 1951
Colheita 1939
Vintage 2011
Vintage 2007
Vintage 2004 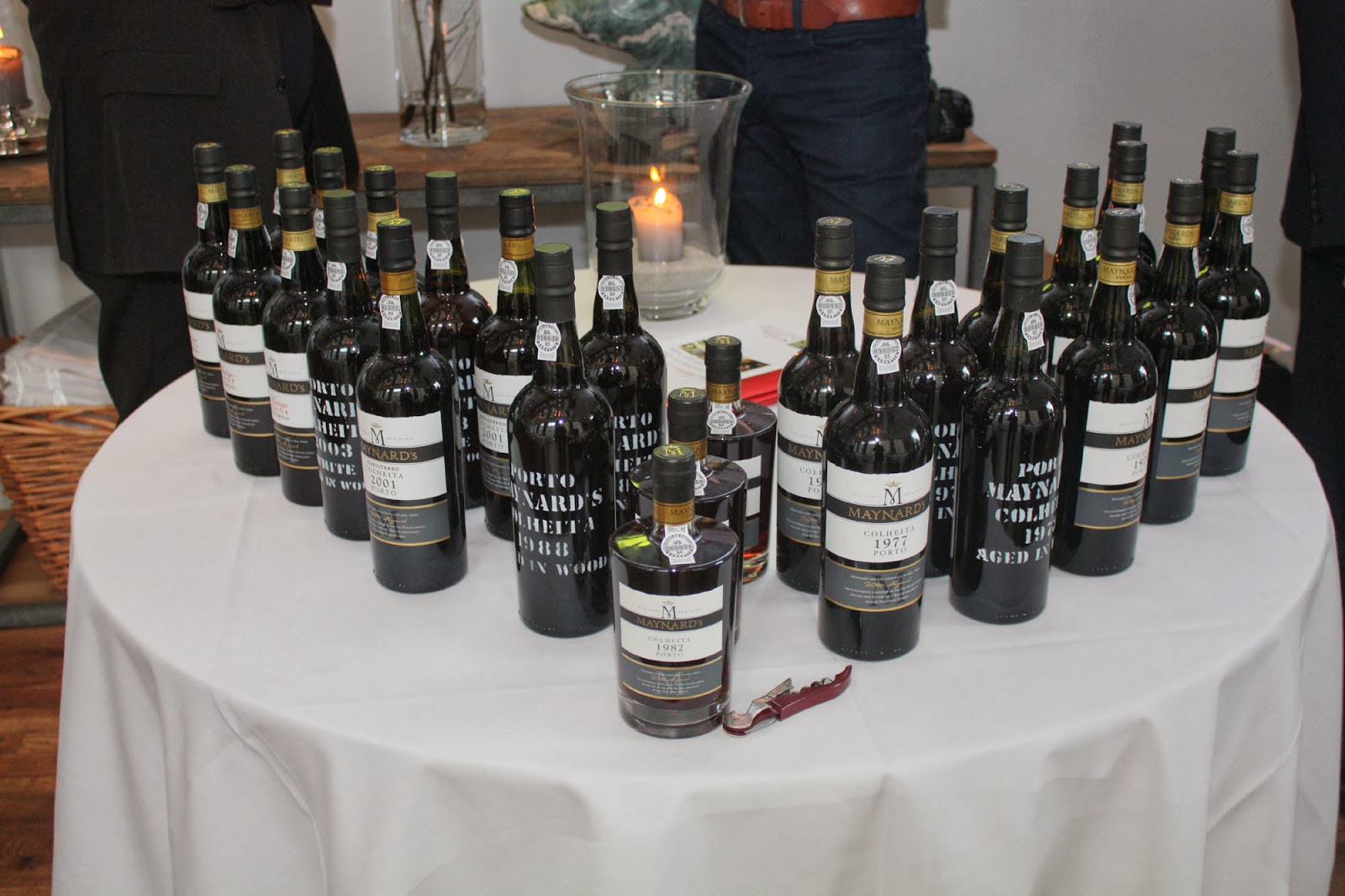 All were bottled under the Maynard´s label. Here are a few remarks and notes:
The white port was excellent – especially when it comes to value for money – and convinced me again that white port with age is underestimated. A golden and beautiful colour, powerful in the nose with almonds and some orange peal. Soft, well balanced and tasty. Álvaro told us that more white colheitas will be released and mentioned the years 2006, 2007, 2009 and 2010. I am looking forward.
In the long row of Colheitas, I will mention 1982. Impressive and well balanced as usual. Even better were the 1963 and the 1951. Both dark brown with a lot of almonds in the nose. 1951 with brown sugar, prunes and sweetness. 1963 better balanced with acid and fruit to match the sweetness. 1939 was very dark and concentrated. Brown sugar and balsamic, a bit burned in the taste and very intense.
Among the younger 2001 still had a lot of fresh fruit and acid, but was closed. 1988 unfortunately had too much Douro-bake after years on barrels in the . 1977 and 1973 were not that impressive.
All three Vintages were still young, but with potential, even though 2007 was surprisingly open and drinkable right now, but had fruit and acid for a long life as well. 2004 was not that powerful, but quit elegant. 2011 had loads of fruit, fresh berries and powerful tannins. 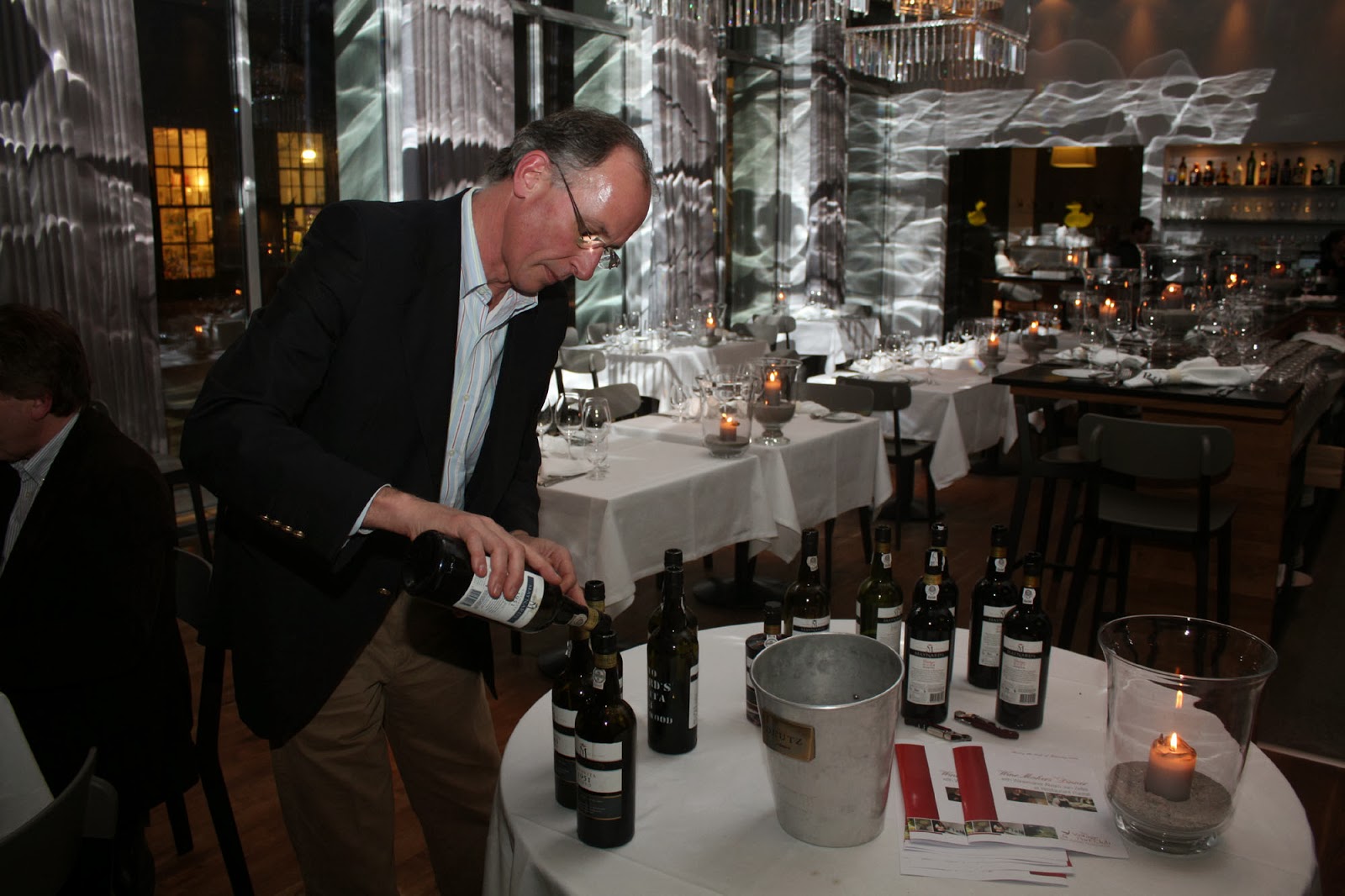