These years the Port companies are releasing old and exclusive Tawny Ports. The tendency started in 2010 with ’s Scion from 1855 and last year Graham’s followed with the family heritage, Ne Oublie, bottled from a cask from 1882 which Andrew James Symington bought in 1924 to celebrate the year that he arrived to . 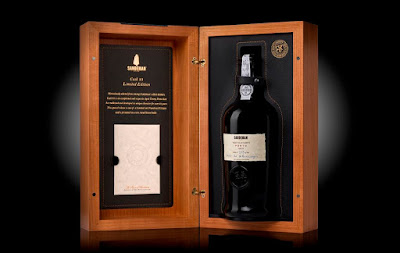 Earlier this year Sandeman bottled a very special cask of old Tawny too. Cask 33 is the name of the Port which can be seen as a sort of tribute to several generations of winemakers and blenders. The year of the release was not accidental. Here in 2015 Sandeman is celebrating its 225th year’s anniversary. The company was founded in 1790, when the 25 years old Scotsman, George Sandeman started to buy and sell Port and Sherry, and since the middle of the 19th century the company has stored casks with Port in their beautiful cellar in Vila Nova de Gaia. The family is still involved in the company, but today it is owned by Sogrape, who is behind Ferreira and Offley too not to mention several brands of still wine from all over .
Sandeman is known for producing both and tawnies. The last decade the quality of the former has risen again, but when it comes to the latter they have always had a good reputation. Therefore expectations were high, when Cask 33 was released. The cask is picked among other old casks that were put aside in the cellar in the 1960s and afterwards adjusted when needed by the winemakers of Sandeman. Normally they are used for blending tawnies adding some age and quality to the younger basic blends. But present winemaker Luís Sottomayor found the quality of Cask 33 extraordinary and decide to put it aside. The cask is a blend of 30 and 40 years old Port and older wine with more complexity with 60 or 70 years of age. 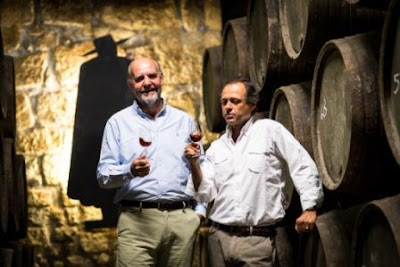 “This particular cask, from a lot of 40, hasn’t been touched for the last two years. Back in January, when our head winemaker Luís Sottomayor tasted it again, knowing that we were on the lookout for something special to celebrate our 225th anniversary, he found that cask nr. 33 showed such a promising evolution and great character that we singled it out for this limited edition”, explains George Sandeman.
The from the cask were bottled in 685 hand blown bottles inspired by the original bottle, which was used in 1790. The seal bears the initials “G.S.” for George Sandeman and all of them are signed by winemaker Luís Sottomayor.
“For the first time in company’s history we are launching the bottling of a single cask, as Sandeman Cask 33, due to its superb qualities that epitomize the pinnacle of our style of Tawny Portos”, says Luís Sottomayor. 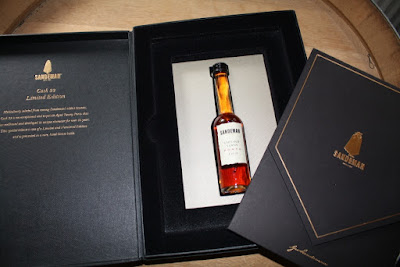 Besides the 685 bottles Sandeman produced some small examples for journalists and wine writers. I was kindly given one by George Sandeman. Here are my tasting notes:
Bright, clear, golden and amber. Intense with almonds, orange, walnut, spices and cigar box notes in the noise. Silky in the mouth, elegant but with a great body and notes of almonds, orange, pepper, honey and . Perhaps not as deep and intense as expected, but tempting and with complexity. A bit sweet but nice balanced with a fine, long aftertaste. 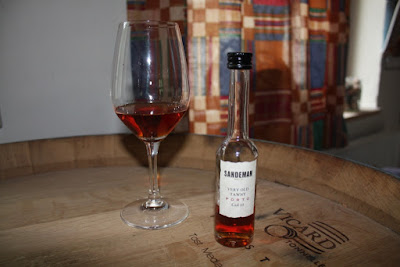